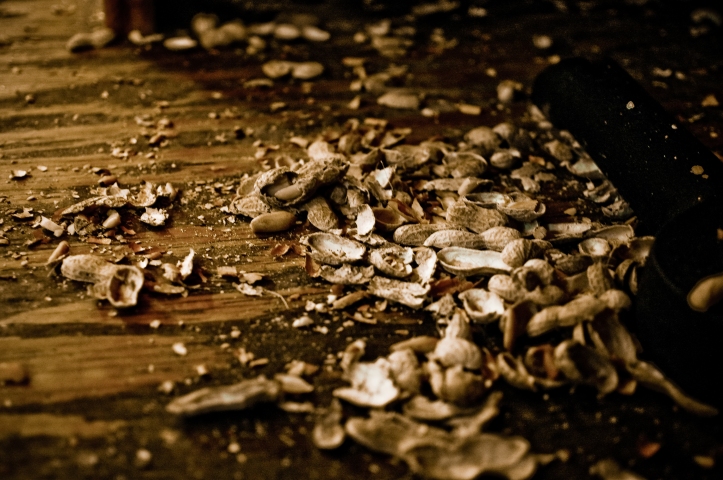 With “Honkytonk Woman” playing on the jukebox, she was in a better mood than usual. Living a rough life like Lenay’s could turn a person sour. Her boyfriend reckoned she could use some special treatment now and then, so agreeing on dinner at Millie’s Bar and Grill pleased her. The lights dimmed early and peanut shells littered the scuffed wood flooring, but she didn’t mind.

Hearing her kind of music seemed to make their choice the right one. Cheap-ass Raleigh even springing for the bill surprised her.

Millie made a tasty bowl of clam chowder, even if Lenay’s meal ended with having to see an old lady at the next table use a strategically-placed index fingernail to dig a last morsel from her back molar to savor it. Maybe missing that final bit of food would ruin the woman’s dining experience, but seeing the act added little but disgust to a fellow diner’s appetite.

Lenay’s soup roiled in her stomach. She wouldn’t be pejorative of another customer, though, especially some elderly stranger. No matter how disgusting the person’s actions seemed to her. She’d witnessed plenty of poor manners, including her brothers’ and boyfriend Raleigh’s. Denture digging paled in comparison to their snot rockets.

Raleigh, watching the woman use her crude toothpick, couldn’t help but comment. At his jaw’s first movement to speak, Lenay grabbed his wrist to stop him. “Just ignore it. Please don’t say anything.” Being his usual ruffian self, he stayed true to form with an insult.

First, he rubbed a hand across two days’ scruff clustered on his chin and neck, then pushed back from the table. Rubberless feet of the chair legs scraped loudly across the floor and produced a screech that drowned all background noise and brought everyone’s attention. “You know that’s nasty, right?” All heads turned to see where the question was pointed.

He eyeballed the offending party and asked her, “Are you saving it for later? This joint might be a shit hole, but you don’t have to act like a pig in it.”

The septuagenarian stared at him blankly, his rude comment lost on her. She plunked her drink glass on the Formica tabletop with a flat thud, sucked on a final dollop between her teeth, and responded, “Huh?”

Lenay’s face burned as crimson as the tin Coca-Cola ad on the wall. She simply wanted a quiet night out, an open-faced beef sandwich and some good tunes being all it took to please her. Maybe a little Game Show Network when they got home. She didn’t ask for much.

A minute’s awkward silence filled the room before Raleigh finally stood. He audibly cleared his throat, hacked up a wad of phlegm, and spat it onto the floor beside him. “Come on, hon. Let’s get out of here.”

Lenay sheepishly followed him out the door.

“Our Write Side” writing prompt – pejorative