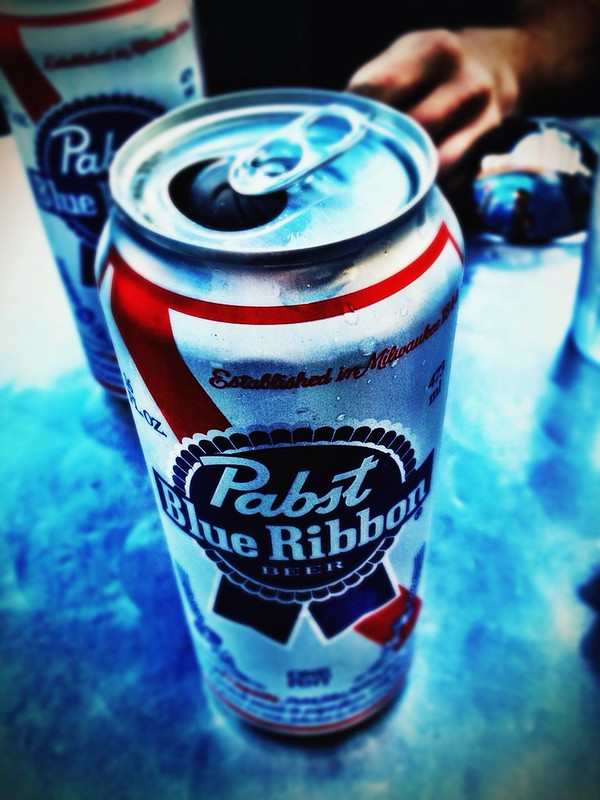 Somebody warned me to watch out for that guy. Said he was no good, had done some time before. Then another girl who went to high school with Trevor said she heard he got off from those charges, but neither one told what he supposedly did in the first place. His smile made me want to believe it was nothing.

He looked like a decent enough guy, kinda cute in a baggy sweater and clean blue jeans with no holes. Almost looked sorta preppy for a burner kind of dude. That short, spiky blonde hair with sleepy blue eyes that peered up from the pool table really got me. Looks can be deceiving, though.

“That one’s starin’ at you, girl.” My friend brought it to my attention. I set my mug down on the bar top and glanced to where she threw her head to point.

The group shooting pool shoulda been a warning in itself. None of them had a job and probably had to scrape together the dollar it cost to play their game. His partner might have even just got out of jail himself.

After we talked awhile, he asked if I wanted to take a little ride. I don’t know why I went out there. Shoulda known better. Maybe it was simple boredom.

“You and your friends oughta watch out who you talk to at that place,” he warned as we pulled out of the parking lot. The shiny white teeth that showed when he grinned surprised the hell outta me considering the string of chew he spit out the window.

“Like you?” I asked. Shrugging his shoulders, he tried to wink at me but just looked goofy instead of cute. He turned his attention to the steering wheel and swerved back into the right lane. Maybe we both had more to drink than I realized.

He said, “So, Candy, what’s a pretty little thing like you doin’ at a dive like The Bottoms Up bar?”

“It’s Brandy,” I corrected him. That was the second time he got my name wrong after I’d already told him once inside and again when we walked to his truck.

“Yeah, right. Like brandy the drink, not Candy the … cane. You know, at Christmastime.” He laughed a little and scrunched his face up weird, maybe trying to be sexy but failing miserably. I just nodded and watched the headlights stake out the route in front of us.

We passed the east side city limits sign en route to his little country house. A turn onto gravel and then several lefts and rights followed before we finally arrived. I didn’t remember having been that far out in the boonies before.

I looked toward the horizon when we got there and parked in the driveway, trying to get a sense of the direction back to town and hoping not to need to know. A rickety step gave under our weight as we stepped onto the porch, and the screen door creaked so loud I thought it might fall off the hinges as he opened it.

“It ain’t much, but it’s mine,” Trevor said. He crossed the threshold into a dimly lit living room with dirty hardwood floors. Scuff marks made me think a Great Dane or similar monstrosity might charge out of a backroom. “Make yourself at home.”

He got me a PBR and about drank his own in one swallow after we sat down on a sagging couch. The tweed fabric scratched the back of my legs as he wrapped his arms around my shoulders to pull me toward him. I noticed lines of chewing tobacco between the straight, white teeth of the mouth moving forward to engulf my own. After a long, saliva-filled kiss that I hoped was clear instead of Copenhagen brown, he got up and half-stumbled backward toward a hallway.

“Gotta take a piss,” he said. “Be right back.” He tried the pathetic wink again. I hate when people do that. Reminds me of Uncle Thurman who wore plaid pants and sold used cars at a lot over in Summitville when I was a kid.

Considering my bad choices that evening, I figured lots worse could happen besides a slobber-crusted kiss. After a swallow of beer to wash away tobacco taste lingering in my mouth, I opened the door as carefully as possible to not give myself away as I slipped into the darkness. Damp grass soaked my Keds when I sprinted across the yard and onto the lane. A half moon overhead spilled just enough light to show me the way.

I heard that door creak open and Travis holler behind me, “Hey, Candy! Where’d ya go?” Not daring to look back, I trudged on down the road with gravel crunching under my wet shoes.

Cutting across farmers’ fields to shortcut meant risking an electric fence in the pitch-black path or meeting a guard dog along the way, so I resigned myself to the road. I’d get back to town eventually if I just followed the telephone lines. It would just take a long damn time.

Hoping I was far enough away to not be heard, I mumbled, “How the hell do I get myself into this stuff? I need to find some other shit to do.”

If I didn’t laugh, I woulda cried. Maybe I’d get home by the time the sun came up.

Two Word Tuesday prompt at Our Write Side – boredom