The Past Catches Up 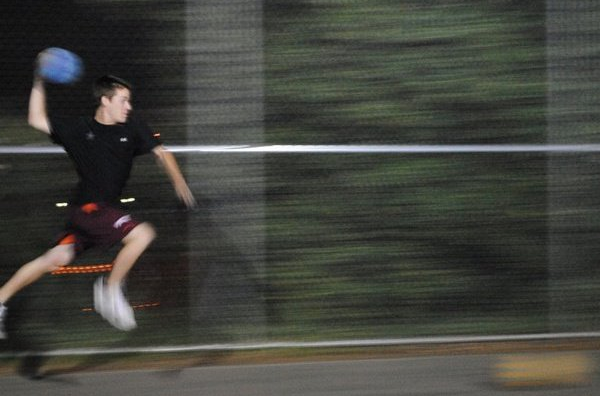 She hated it when P.E. class became co-ed in their freshman year, even if they just played dodgeball. The guys always waited until the teacher wasn’t looking to throw the dimpled red ball as hard as possible to hit the girls. They aimed at either the bum or the boobs. Every time.

Mr. Ray Monroe once told her, “Pay no mind to them boys. If they pick on ya, that means they like ya.” She could never fathom how abuse equaled fondness. Mr. Monroe turned his head from that business. He probably threw things at girls when he was young, too.

The thought of their high school reunion being just a week away put her in a funk. Why put herself through such misery to see those same guys again? The people she wanted to stay in touch with were still her friends, and the others didn’t matter.

Her hometown hadn’t changed at all, and she doubted the people had either. Many stayed there after graduation, working mundane jobs to pay the bills. Survival would be difficult without an elixir to pass time, so the tavern earned a lot of that take-home pay. That’s how she imagined Matt’s life of subsistence to be unless things had drastically changed for him.

He’d be at the reunion. No way to avoid seeing him. His wavy red hair and deep, hearty laugh haunted her dreams. That wry smile. A repetitive invitation to reunite. Awakening brought back reality.

Unsure how to react at seeing him live, instead of through a subconscious illusion in her sleep, she resigned herself to go anyway. Not going would otherwise feel like defeat. She took time off work to go.

She’d have to speak to him but wasn’t looking forward to it. He cared not one whit for how she felt, then or now, and his apathy left her heartbroken and despondent.

Three days passed with no sunshine, and she hated to wake in the morning to yet another rainfall battering the window. It took every ounce of mental energy to rise from bed and face the day. Want of coffee can convince anyone to at least venture from the solace of the bedroom to the kitchen for a cup. An extra-strong espresso started the morning of the reunion, and caffeine jitters got her through the day.

She put the gearshift in park upon arriving at the venue. Semi-familiar faces greeted each other with smiles at the entrance, and everyone shook hands while adhering adhesive name tags to save each other from awkward re-introductions.

“It’s time to get over this bullshit and face him. I’m not that intimidated girl in gym class any more,” she thought. She steadied her nerves, reached under the seat to grab the bottle, and took a last long drink to stoke some courage. “Here goes nothing,” she told herself and opened the car door to go inside.