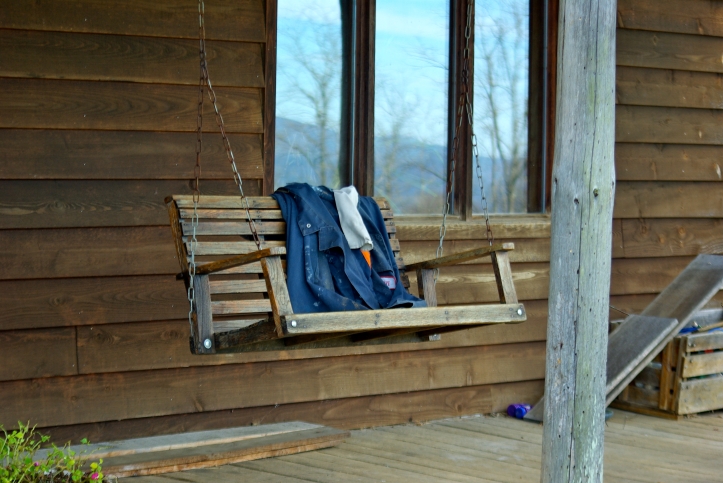 Theo Hammons sat on the idea for near three weeks before he finally settled on asking his grandson his opinion on the matter. He stood on the rickety porch waiting for the young man’s arrival to get his take. Worn boards moaned pitifully at his weight shift, regardless of the man’s slight frame, their age and strength waning even more than his own.

The widower exclaimed, “Damn it!” as he lost his grip on the railing, paint flakes flying when his hand raked across it. “Get away from me, ya good for nothin,’” he spat at a scraggly calico cat trying to rub against his dirty blue jeans as it circled his legs. Kicking at the feline altered his balance more than the animal’s resolve.

His t-shirt, once white and now an ill-tempered yellow with sweat stains and filth, caught a drip of chewing tobacco flung from the gaping maw of his mouth. He blamed the cat as his latest annoyance, cursed at it some more, and flung a Pabst Blue Ribbon can at it after he took the last swallow. The discarded aluminum landed near a similar pile of empties lining the opposite railing.

Working all those years at Peckinpaw Farms certainly wore him down and damaged his ego. He surprised even himself with the prospect of asking the new foreman for his job back. He’d once been in charge, after all. He ran the operation until his bones couldn’t take it any more and his self-medication through alcohol no longer soothed the aches and pains of his body and soul. Especially after his wife passed.

Otherwise, Theo simply existed. Many of his friends had either died, moved in with their children to be cared for, or stared at the green institutional walls of the State Veterans’ Home. Since failing the vision test and losing his driver’s license, he hadn’t been to visit any of them. Days spent watching the RFD network or the weather channel, listening to Hank Williams on the radio, and waiting interminably for grandkids to visit worked his nerves. Watching, listening, waiting.

Returning to work might give him reason to live again. “I’m ready to run that tractor, by God,” he’d tell Peckinpaw Jr., who’d taken over. “Maybe I can supervise the field work from the cab of that new John Deere.” He planned to assert, “Those young ‘uns could learn from my experience. Surely that still means somethin’ today.” Swallowing his pride to ask for his job would go down about as well as a dirt clod from a wind row in one of those fields.

When Jason arrived later that evening, he found Theo collapsed in a heap among his cast-off beer cans in front of the porch swing. “Grandpa,” he asked shaking the man’s shoulder, “what in the world are you doing out here?” He struggled to lift his dead weight, as slight as it was, and half-dragged his grandfather inside through a sagging screen door that groaned louder than Theo did and nearly fell off its twisted hinges at being opened.

The old orange, brown and white cat’s eyes looked almost as rheumy as its owner’s. The feline snuck quickly behind Jason and inside the house before the ragged door smacked closed behind them. “Damned, cat,” Theo muttered. “Made me fall down. Git outta here, git!” He swung a weak arm at the animal, attempting to erase it from existence, as if doing so would help relieve his misery.

“That silly cat may be one of the few beings left on this earth that cares about you,” his grandson warned him. Theo passed out again, and his balding head slumped forward. He lay still on the threadbare couch, much like the stack of crushed PBR empties beside it on the floor. The raggedy cat walked in a circle atop his body before settling down to sleep on Theo’s bony hip.

Jason crossed back across the threshold to leave and eased the door closed behind him so as to not wake Theo. He left him there to sleep off his sorrow until the morning.