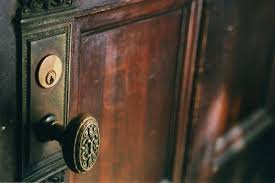 A night-time knock on Molly’s door brought an unexpected shock but long-anticipated revelation. The man’s face showing through the peephole looked sincere enough when he said the gift he possessed might answer questions about her birthright. The statement sent  a chill down her spine, and she gasped, “You knew my mother?”

Molly invited Byron into her living room, not with trepidation but surprised excitement. She’d long dreamed of finding out her birth mother’s identity but never expected the news to come from an unshaven visitor with a hangdog expression.

Shocked at how much Delilah and Molly looked alike, his head wagged back and forth at the striking resemblance. Those deep, sorrowful green eyes. For a second he thought maybe he’d crossed a threshold back in time 20 years or so and found Delilah herself. Maybe she wasn’t actually dead.

He gave his head a shake to clear the impossible thought from his mind, but he stared straight at her face. “I don’t mean to be rude … you are her split image. It’s unbelievable.”

Byron proceeded to explain his past relationship with her mother, how all these years later he’d paid for Delilah’s burial out of a guilty conscience, how he’d gone back through State adoption records to find the girl and end up on her doorstep. He was purposefully vague about the circumstances of her death, though, not wishing to create any more upheaval in Molly’s life than his coming to see her in the first place.

“Your mom would want you to have this, I’m sure,” he said. The man opened his clasped hand to release a dainty gold chain with a round pendant emblazoned with the letter “M” on it. He’d claimed the necklace when tearfully identifying the woman’s body at the City Morgue a few weeks prior.

The two sat across the coffee table from each other, Molly in for some long-awaited information. “I’ve hoped for this day to come,” she told him, “but I’m surprised you knew my real mother so well.” She choked up a little and blushed. “Now you’re here. In person. It’s hard to take it all in.”

“I’d like to tell you more, if you don’t mind,” he said. The details unfolded of how Delilah served her penitence long after she turned her six-month old baby girl over to an adoption agency. She ate, slept and breathed that huge weight of guilt for the rest of the time he knew Delilah. It niggled away at her, and she never forgave herself for giving up the baby.

“You’ll understand if I don’t offer you anything to drink,” Molly told him. “I wasn’t expecting anyone tonight, and this is all quite a surprise. I don’t know how to respond.” She sat on the worn plaid couch, elbows planted on her knees and her head swinging in disbelief.

Byron’s divulged more details as he understood them from a disclosure Delilah made years prior. They dated for a few months before he invited her to move in with him. Humiliation kept her from letting anyone get close, but a few margaritas one night loosened up her willingness to tell him about her past.

She said pressure from others convinced her of the selfishness of keeping an illegitimate baby with no means of self-sufficiency or a husband to provide for them. Accusations of her not knowing the father exacerbated her guilt. She knew him all right, loved the boy very much, and had dated only him, but his parents couldn’t live with the embarrassment of their son’s irresponsible behavior. Delilah came from the bad part of town where people lived with whom any self-respecting son of theirs would never associate. They wouldn’t have it.

Never looking back, Delilah vowed to make a life for herself on her own and moved away. She lived her remorse through constant self-loathing, as she knew she couldn’t afford to care for the baby girl. She ultimately surrendered her child to a better existence with competent parents who couldn’t have a child of their own.

Self-reliance played the ultimate trick on Delilah, though, when her vortex of circumstance meant she later earned money via desperate and despicable means. No way would she let herself face the shame of returning home after the miserable experience.

“She never wanted to give you up, Molly,” Byron told her. “Your momma woulda done anything in her power to make things turn out differently. She just wanted you to have more than she could give.” He cleared his throat and paused, hoping the girl would take him seriously. “You don’t know me from Adam, but it’s important for you to believe me.”

Molly nodded and thanked him for going out of his way to find her. “I appreciate your concern, but this is all just too much to absorb at once.” She motioned toward the door. “Please forgive me. I have to ask you to leave now.”

Byron respected her wishes but left his contact information with her in case she had questions later. “I appreciate you inviting me into your home,” he told her. “Please remember what I said.”

Pride got in Molly’s way. She never asked him if he knew her father’s name, a tacit truth between them. Neither one really wanted to know who he was. Not knowing meant they could both continue resenting an invisible man. Molly would keep missing a father she never knew, the same as she always had her birth mother.

Missing her mother would be different now, as their introduction was simultaneously a final goodbye. It would be odd to grieve the death of someone she never knew. She closed the door behind her unexpected visitor and, as far as she was concerned, that chapter of her life.

Click on the highlighted link above for the previous offering in the multi-part story, Delilah’s Dilemma.