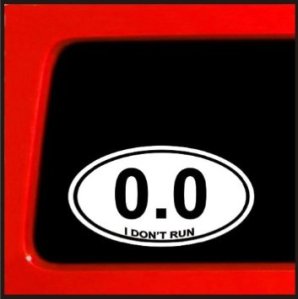 The bright azure sky ensconced sparse clouds – one shaped in a way that slightly resembled a jack rabbit sitting on its haunches. She sat slumped in the front seat on her mother’s car as it sped down the highway toward home and pondered the rabbit cloud’s dissolution into a blurred bunny that eventually faded away into nothingness. The young woman felt as smeared as that aerial vapor and wished she could melt into the tan foam of the bench car seat.

She remained reticent while her mother yammered away from behind the wheel, asking her how she felt, almost demanding to know her status from minute to minute. Glaring in her direction didn’t slow the pace of the older woman’s diatribe, as if the ride home from the hospital weren’t torturous enough. Ava had to listen to this maternal needling, too. Insult upon self-imposed injury.

Mom claimed to simply want the best for her and would provide it for Ava at home, as if her daughter had a choice in the matter. Through therapy, the medical team surmised she most likely wouldn’t hurt herself again and acquiesced to release her to her mother’s care.

Experiencing more of the woman’s ultra-protective oversight made Ava question whether staying there would be best or not. She drew her legs up out of the floorboard and pulled her knees to her chest. Leaning over to hug them close into her, she turned her head and gazed out the passenger window to purposefully will her mother’s voice out of her consciousness.

“Could you just lighten up, Mom?” she begged. Ignoring the comments wasn’t going to work. The best wishes and unending euphemisms continued non-stop. “Things aren’t really that bad. You just have to think positive. Everything’s going to work out. It’s going to be all right. You’ll see. Things will be fine once you’re home. I promise.”

All the advice in the world only mangled the already racing thoughts. Ava opened one eye to peer sideways at the monologue’s source, saw only a mouth incessantly opening and closing, and tried to concentrate on her own thoughts. “Stop, stop, stop,” she repeated inwardly to block out all other noise.

An SUV travelled in the right lane next to their car, and she watched it gain speed to pass them. Stickers emblazoned the back bumper, and an oval-shaped decal on the top right of the window bragged of how many miles the driver apparently ran in a race. Ava remembered one of her doctors had encouraged her to exercise for the natural endorphins, to maybe taking up running.

“If only it was that easy,” she thought. She couldn’t stand those suggestions. That SUV driver also annoyed her.

Ava’s inner train of thought paused long enough for her to hear, “I only want what’s best for you, my love, and will do anything I can to help. I wish I could fix your situation and will never give up on you.”

She wanted to feel better about herself, life, her family, work … even her mother. She knew she had to find way to do so or she wasn’t going to make it.

The car stopped, and Ava realized they’d arrived at home. Her mom put the gear shift into “park” and turned off the ignition. She looked at her daughter ruefully and told her, “I love you, sweetheart.”

Ava faintly smiled and said, “I know, Mom. I know.”